Bill LaBounty is an American musician. He was initially a singer-songwriter in the soft rock genre, first as a member of the band Fat Chance, and later as a solo artist. As a solo artist, LaBounty recorded six studio albums, including four on Curb Records/Warner Bros. Records. His first chart single, "This Night Won't Last Forever", was covered in 1979 by Michael Johnson, whose rendition was a Top 20 pop hit that year.

In the 1990s, LaBounty shifted his focus to country music and has co-written several songs for country music artists, including Steve Wariner's Number One hits "Lynda", "The Weekend" and "I Got Dreams". LaBounty signed to a songwriting contract with Curb Publishing in 2001.

He also established himself as a songwriter for other artists, with successes that span almost 40 years. Over the years his resume includes cuts by various Pop and Country artists including The Temptations, Patti LaBelle, Phoebe Snow, The Judds,  Brooks & Dunn, Steve Goodman and  Steve Wariner, Jimmy Buffett, James Taylor, Jennifer Warnes, Peter Cetera and Tim McGraw, amongst numerous other musicians.

The rest is history.


Back To Your Star - Bill LaBounty 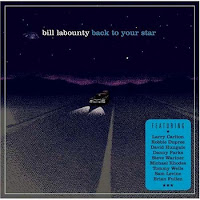 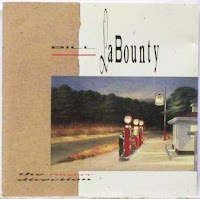