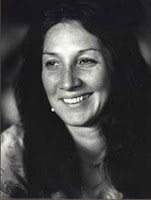 In 2002, Purim was the recipient of one of Brazil's highest awards; the 2002 Ordem do Rio Branco for Lifetime Achievement.

Purim's parents were both classical musicians, her Russian-Romanian-born father played violin and her mother was a pianist. Flora discovered American jazz when her mother played it while her husband was out of the house.

"She would bring home those 78 vinyl RPMs and when my father was at work, she would play them. That was how I got exposed to jazz music... basically listening to Dinah Washington, Billie Holiday, and Frank Sinatra. But also a lot of piano players, such as Bill Evans, Oscar Peterson and Errol Garner, those were my mother's favorites."

Purim began her career in Brazil during the early 1960s. During this period, she made a recording, titled "Flora e M.P.M.", in which she sang bossa nova standards of the day by Carlos Lyra and Roberto Menescal. Later in the 1960s, Purim was lead singer for the Quarteto Novo, led by Hermeto Pascoal and Airto Moreira.

Shortly before leaving Brazil, Purim and Airto Moreira married. Around 1971, their daughter Diana Booker was born. By 1998, Diana married Krishna Booker, son of jazz bassist Walter Booker, nephew of saxophonist Wayne Shorter and godson of pianist Herbie Hancock. Diana later described life with her parents as "growing up on the road traveling the world like a gypsy".

Arriving in New York in 1967, Purim and Moreira became immersed in the emerging Electric Jazz. They toured Europe with Stan Getz and Gil Evans. In 1972, alongside Stanley Clarke and Joe Farrell, they were, for the first two albums, members of Chick Corea's fusion band Return to Forever, which released first a self-titled album, Return to Forever, in 1972, followed the same year as Light as a Feather; both which received glowing reviews. In 1973, Purim released her first solo album in the United States, titled, Butterfly Dreams. It was well received, and soon thereafter she was chosen by the Down Beat reader's poll as one of the top five jazz singers. Purim also worked with Carlos Santana, Mickey Hart, and Janis Joplin at outdoor festivals, and on jazz and classical albums through the 1970s. In the early 1970s, Purim was arrested and briefly incarcerated for cocaine possession.

In the 1980s Purim toured with Dizzy Gillespie's United Nations Orchestra culminating with Gillespie's Grammy Award-winning albumUnited Nations Orchestra released in 1982, and then in the 1990s sang on Grammy Award winning album for Mickey Hart, the former Grateful Dead drummer. Later in the 1990s Purim released her own album and world tour, Speed of Light starting with a month at Ronnie Scott's Jazz Club in Soho with a new band with contributions from Billy Cobham, Freddie Ravel, George Duke, David Zeiher, Walfredo Reyes, Alphonso Johnson, Changuito, Freddie Santiago, and Giovanni Hidalgo, with important writing and performing contributions from Chill Factor and her daughter Diana.[10] The new millennium saw the release of two recordings, Perpetual emotion and a crossover homage to one of Brazil's great composers, Flora sings Milton Nascimento. In 2005, she reunited with her old Return to Forever bandleader, Chick Corea. As of 2010, Purim is still actively touring.

One of Purim's major musical influences is the Brazilian musician Hermeto Pascoal. She has said that Pascoal "played the Hammond B3 organ, flute, saxophone, percussion, and guitar. He is one of the most complete musicians that I ever met." He also helped train her voice. She also owes a great debt to Chick Corea, discovering the fusion jazz style for which she is best known when Corea asked her to add vocals to some recordings of his compositions.

Purim has a rare six octave voice, a faculty she shares with Mariah Carey, Bobby Brown, Yma Sumac, and Taborah Johnson. Her vocal style is influenced by Sarah Vaughan and Ella Fitzgerald which drifts from lyrics to wordlessness without ever losing touch with the melody and rhythm. She expanded her vocal repertoire during early tours with Gil Evans. While touring the world for three years with Gillespie's United Nations Orchestra in the 1980s, she broadened her repertoire to include traditional mainstream jazz, bebop, and doing numbers in 4/4 time instead of the traditional Brazilian 2/4 beat.

Purim has confided that in recent decades "There are two albums that are at my bedside. They are Miles Ahead, the first collaboration between Miles Davis and Gil Evans and Blow by Blow, by Jeff Beck. They are with me every night." 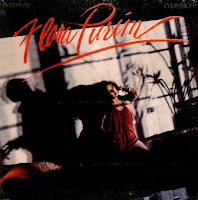