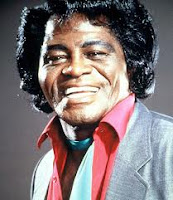 James Brown was born in Barnwell, South Carolina on May 3, 1933 to Susie Brown and Joseph ("Joe") Gardner (who changed his surname to Brown after Mattie Brown who raised him). Although Brown was to be named after his father Joseph, his first and middle names were mistakenly reversed on his birth certificate. He therefore became James Joseph Brown, Jr. As a young child, Brown was called Junior. When he later lived with his aunt and cousin, he was called Little Junior since his cousin's nickname was also Junior.
During his childhood, Brown earned money shining shoes, sweeping out stores, selling and trading in old stamps, washing cars and dishes and singing in talent contests. Brown also performed buck dances for change to entertain troops from Camp Gordon at the start of World War II as their convoys traveled over a canal bridge near his aunt's home. Between earning money from these adventures, Brown taught himself to play a harmonica given to him by his father. He learned to play some guitar from Tampa Red, in addition to learning to play piano and drums from others he met during this time. Brown was inspired to become an entertainer after watching Louis Jordan, a popular jazz and R&B performer during the 1940s, and Jordan's Tympany Five performing "Caldonia" in a short film.

As an adult, Brown legally changed his name to remove the "Jr." designation. In his spare time, Brown spent time practicing his various skills in Augusta-area stalls and committing petty crimes. At the age of sixteen, he was convicted of armed robbery and sent to a juvenile detention center upstate in Toccoa in 1949.

In 1952, while Brown was still in reform school, he met future R&B legend Bobby Byrd, who was there playing baseball against the reform school team. Byrd saw Brown perform there and admired his singing and performing talent. As a result of this friendship, Byrd's family helped Brown secure an early release after serving three years of his sentence. The authorities agreed to release Brown on the condition that he would get a job and not return to Augusta or Richmond County. After stints as a boxer and baseball pitcher in semi-professional baseball (a career move ended by a leg injury), Brown turned his energy toward music.

Brown's career spanned decades, and profoundly influenced the development of many different musical genres. Brown moves on a continuum of blues and gospel-based forms and styles to a profoundly Africanised approach to music making. Brown performed in concerts, first making his rounds across the "chitlin' circuit", and then across the country and later around the world, along with appearing in shows on television and in movies. Although he contributed much to the music world through his hitmaking, Brown holds the record as the artist who charted the most singles on the Billboard Hot 100 without ever hitting number one on that chart. 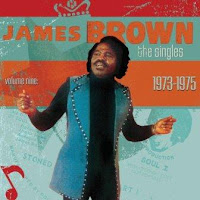