Myers started singing and playing the piano and organ as a child in church choirs in the Dallas/Fort Worth area in Texas, where she grew up, and directed choirs at an early age. She graduated in concert music and music education at Philander Smith College in Little Rock, Arkansas in the early 1960s. After graduation, Myers moved to Chicago where she taught music, attended classes at Roosevelt University and worked with musicians such as Sonny Stitt and Gene Ammons. In 1966 she joined the AACM in Chicago, focusing on vocal compositions and arrangements, and recording her first jazz album with Kalaparusha Maurice McIntyre in 1969. 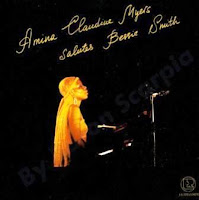