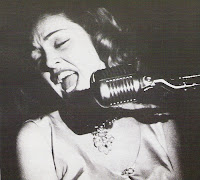 Anita O' Day (October 18, 1919 – November 23, 2006) was an American jazz singer.Born Anita Belle Colton, O' Day was admired for her sense of rhythm and dynamics, and her early big band appearances shattered the traditional image of the "girl singer". Refusing to pander to any female stereotype, O' Day presented herself as a "hip" jazz musician, wearing a band jacket and skirt as opposed to an evening gown. She changed her surname from Colton to O' Day, pig Latin for "dough," slang for money.O' Day, along with Mel Tormé, is often grouped with the West Coast cool school of jazz. Like Tormé, O' Day had some training in jazz drums (courtesy of her first husband Don Carter); her longest musical collaboration was with jazz drummer John Poole. While maintaining a central core of hard swing, O' Day's skills in improvisation of rhythm and melody put her squarely among the pioneers of bebop; indeed, a staple of her live act in the 1950s was a cover of "Four" by Miles Davis.She cited Martha Raye as the primary influence on her vocal style, although she also expressed admiration for Mildred Bailey, Ella Fitzgerald, and Billie Holiday.O' Day always maintained that the accidental excision of her uvula during a childhood tonsillectomy left her incapable of vibrato, and unable to maintain long phrases. That botched operation, she claimed, forced her to develop a more percussive style based on short notes and rhythmic drive. However, when she was in good voice she could stretch long notes with strong crescendos and a telescoping vibrato, e.g. her live version of "Sweet Georgia Brown" at the 1958 Newport Jazz Festival, captured in Bert Stern's film Jazz on a Summer's Day.O' Day's backbeat - based singing style was strongly influential on many other female singers of the late swing and bebop eras, including June Christy, Chris Connor and Doris Day.O' Day's long-term problems with heroin addiction and alcoholism and her often erratic behavior related to those problems earned her the nickname "The Jezebel of Jazz".Born into a broken home in Chicago, O' Day took the first chance to leave home when, at age 14, she became a contestant in the popular Walk-a-thons as a dancer. She toured with the Walk-a-thons circuits for two years, occasionally being called upon to sing. In 1934, she began touring the Midwest as a marathon dance contestant and singing "The Lady in Red" for tips.In 1936, she left the endurance contests, determined to become a professional singer. She started out as a chorus girl in such Uptown venues as the Celebrity Club and the Vanity Fair, then found work as a singer and waitress at the Ball of Fire, the Vialago, and the Planet Mars. At the Vialago, O' Day met the drummer Don Carter, who introduced her to music theory and whom she married in 1937. Her first big break came in 1938 when Down Beat editor Carl Cons hired her to work at his new club at 222 North State Street, the Off-Beat, which quickly became a popular hangout for musicians. Also performing at the Off-Beat was the Max Miller Quartet, which backed O' Day for the first 10 days of her stay there.While performing at the Off Beat, she met Gene Krupa, who promised to call her if Irene Daye, his current vocalist, left his band. In 1939 she was hired as vocalist for Miller's Quartet, which had a stay at the Three Deuces club in Chicago.The call from Krupa came in early 1941. Of the 34 sides she recorded with Krupa, it was "Let Me Off Uptown", a novelty duet with Roy Eldridge, that became her first big hit. That year, Down Beat named O' Day "New Star of the Year". In 1942, she appeared with the Krupa band in two "soundies" (short musical films originally made for jukeboxes), singing "Thanks for the Boogie Ride" and "Let Me Off Uptown". The same year Down Beat magazine readers voted her into the top five big band singers. O' Day came in fourth, with Helen O'Connell first, Helen Forrest second, Billie Holiday third, and Dinah Shore fifth. O' Day married again in 1942, this time to golf pro and jazz fan Carl Hoff.When Krupa's band broke up after he was arrested for possession of marijuana in 1943, O'Day joined Woody Herman for a month-long gig at the Hollywood Palladium, followed by two weeks at the Orpheum. Unwilling to tour with another big band, she left Herman after the Orpheum engagement and finished out the year as a solo artist. Despite her initial misgivings about the compatibility of their musical styles, she joined Stan Kenton's band in April 1944. During her 11 months with Kenton, O' Day recorded 21 sides, both transcription and commercial, and appeared in a Universal Pictures short Artistry in Rhythm (1944). "And Her Tears Flowed Like Wine" became a huge seller and put Kenton's band on the map. She also appeared in one soundie with Kenton, performing "I'm Going Mad for a Pad" and "Tabby the Cat". O' Day later said, "My time with Stanley helped nurture and cultivate my innate sense of chord structure." In 1945 she rejoined Krupa's band and stayed almost a year. The reunion, unfortunately, yielded only 10 sides. After leaving Krupa late in 1946, O' Day once again became a solo artist. 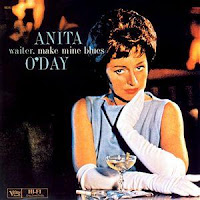 01. That Old Feeling02. Angel Eyes03. The Thrill Is Gone04. Detour Ahead05. Yesterdays06. Waiter, Make Mine Blues07. Whatever Happened To You08. When Sunny Gets Blue09. Stella By Starlight10. Mad About The Boy11. A Blues Serenade12. Good-Bye
DOWNLOAD


Once Upon A Summertime - Anita O' Day 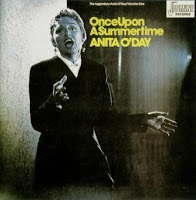 Anita O'Day and The Three Sounds 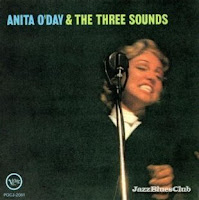 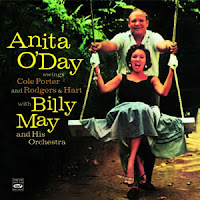 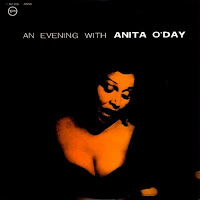 Anita O' Day And Billy May Swing Rodgers And Hart 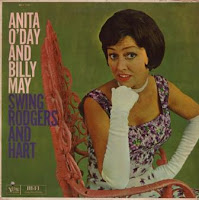 Pick Yourself Up - Anita O' Day 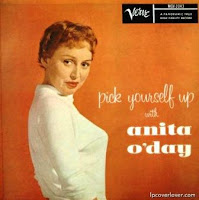 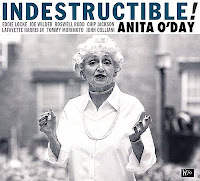 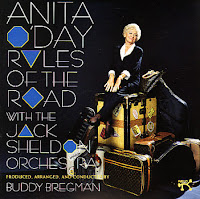 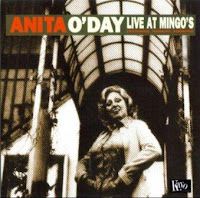 A solid album by vocalist Anita O'Day that was done in the mid-'70s, but was initially only available in Japan. She subsequently released it on her own label, but it's still not seen widespread distribution and may be tough to find. Her voice was once again in vivid, expressive form after her successful battle with drug and alcohol problems. ~ Ron Wynn