Harry Lillis "Bing" Crosby (May 3, 1903 – October 14, 1977) was an American singer and actor, he was the fourth of seven children. Crosby's trademark bass-baritone voice made him one of the best-selling recording artists of the 20th century, with over half a billion records in circulation.

Crosby was born in Tacoma, Washington, on May 3, 1903, in a house his father built at 1112 North J Street. In 1906, Crosby's family moved to Spokane, Washington. In 1913, Crosby's father built a house at 508 E. Sharp Ave. The house now sits on the campus of Bing's alma mater Gonzaga University and formerly housed the Alumni Association.

In 1910, six-year-old Harry Crosby was forever renamed. The Sunday edition of the Spokesman-Review published a feature called "The Bingville Bugle". Written by humorist Newton Newkirk, The Bingville Bugle was a parody of a hillbilly newsletter filled with gossipy tidbits, minstrel quips, creative spelling, and mock ads. A neighbor, 15-year-old Valentine Hobart, shared Crosby's enthusiasm for "The Bugle" and noting Crosby's laugh, took a liking to him and called him "Bingo from Bingville". Eventually the last vowel was dropped and the nickname stuck.

In 1917, Crosby took a summer job as property boy at Spokane's "Auditorium," where he witnessed some of the finest acts of the day, including Al Jolson, who held Crosby spellbound with his ad libbing and spoofs of Hawaiian songs. Crosby later described Jolson's delivery as "electric".

Crosby's much-imitated style helped take popular singing beyond the kind of "belting" associated with boisterous performers like Al Jolson, who had been obliged to reach the back seats in New York theatres without the aid of the microphone. As Henry Pleasants noted in The Great American Popular Singers, something new had entered American music, a style that might be called "singing in American," with conversational ease. This new sound led to the popular epithet "crooner".
Crosby (1942) with golf balls for the Scrap Rubber Drive during World War II

Crosby made numerous live appearances before American troops fighting in the European Theater. He also learned how to pronounce German from written scripts, and would read propaganda broadcasts intended for the German forces. The nickname "Der Bingle" for him was understood to have become current among Crosby's German listeners, and came to be used by his English-speaking fans. In a poll of U.S. troops at the close of World War II, Crosby topped the list as the person who had done the most for G.I. morale, ahead of President Franklin Delano Roosevelt, General Dwight Eisenhower, and Bob Hope.

The biggest hit of Crosby's career was his recording of Irving Berlin's "White Christmas", which he introduced through a radio broadcast during the 1942 Christmas season, and the movie Holiday Inn. Crosby's recording hit the charts on October 3, 1942, and rose to #1 on October 31, where it stayed for 11 weeks. A holiday perennial, the song was repeatedly re-released by Decca, charting another 16 times. It topped the charts again in 1945, and for a third time in January 1947. The song remains the best-selling single of all time. According to Guinness World Records, Crosby's recording of "White Christmas" has "sold over 100 million copies around the world, with at least 50 million sales as singles." Crosby's recording was so popular that he was obliged to re-record it in 1947 using the same musicians and backup singers; the original 1942 master had become damaged due to its frequent use in pressing additional singles. Though the two versions are very similar, it is the 1947 recording which is most familiar today. Crosby was dismissive of his role in the song's success, saying later that "a jackdaw with a cleft palate could have sung it successfully." 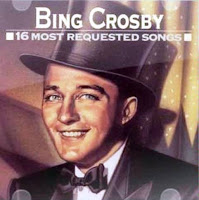 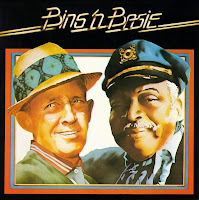 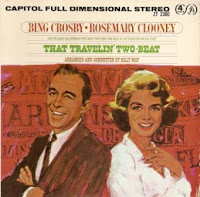