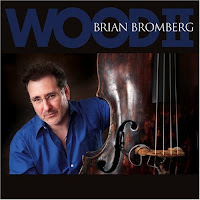 Brian Bromberg (born December 5, 1960 in Tucson, Arizona) is an American jazz bassist and record producer who performs on both electric and acoustic instruments. Though he tends to gravitate towards the genre of smooth jazz, Bromberg has released some straight-ahead jazz records in which he performs with a trio, and has even ventured into more rock oriented jazz fusion territory as of late. His innovative and technically demanding style of playing extends to both electric and upright bass. On his acoustic bass albums, Bromberg performs jazzy interpretations of various pop and rock staples from the 60s and 70s completely solo. Regarding his work with electric bass, Bromberg, among other bassists, helped popularize the piccolo bass, or bass with each string tuned an octave up, by releasing several albums in which he plays both the bassline and melody. For instance, upon first listen many will be surprised to learn that, although soaring guitar can be heard throughout the album, Bromberg's 2005 release “Metal” contains only Bromberg on two overdubbed basses, one of which is heavily effects-laden to make it sound like an electric guitar.


At the age of 13, he began seriously pursuing a career as a drummer. However, at around the same time, the leader of his school orchestra steered him towards the upright bass. From then on, he committed to stick to a strict practice regimen and even "tested out of high school early" because of the rigorous schedule he set for himself. Still, plucking away in his basement was only half of the plan. It was integral for Bromberg to gain experience playing in live situations. Thus, he accepted virtually every gig he could get. It was somewhat common for Bromberg to play “five to seven nights a week with several different bands.” In 1979, Marc Johnson, the bassist working for the jazz pianist Bill Evans, heard Bromberg's playing. Johnson later suggested Bromberg to saxophonist Stan Getz, who was in search of a new bass player. Getz took the suggestion seriously, and auditioned Bromberg soon thereafter. Within only six years of him picking up the bass, Bromberg found himself touring internationally with Stan Getz at the age of 19. Other than the thrill of playing with a world class tenor-saxophonist, more opportunities began to reveal themselves to the young bass player, who would go on to work with many big names in the music business and eventually become a producer of various artists in his genre. "Bromberg" is the name which the Polish town of Bydgoszcz bore at the times when it fell under Prussian and then German rule.

As a producer, Bromberg has made 8 top 10 hits, 7 top 5 hits and 2 #1 hits to date. Apart from his 300 year old double bass, he uses Dean, Bob Mick, Mick Donner and Peavey basses with Epifani amplification.

In The Spirit Of Jobim - Brian Bromberg 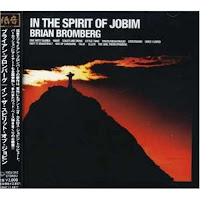