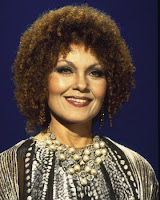 Dame Cleo Laine, Lady Dankworth, DBE was born as Clementina Dinah Campbell in Southall, Middlesex, to a black Jamaican father and English mother who sent her to singing and dancing lessons at an early age. She attended the Board School in Featherstone Road, until recently Featherstone Primary School. She worked as an apprentice hairdresser, librarian and for a pawnbroker, got married in 1947 (divorced 1957) to George Langridge, a roof tiler, and had a son, Stuart.Laine did not take up singing professionally until her mid-twenties. She auditioned successfully for a band led by musician John Dankworth (1927–2010), with which she performed until 1958, when she married Dankworth in secret at Hampstead Register Office. The only witnesses were the couple's friend, pianist Ken Moule, and his arranger, Dave Lindup. They had two children: Alec Dankworth and Jacqui Dankworth, both also internationally successful musicians.She then began her career as a singer and actress. She played the lead in a new play at London's Royal Court Theatre, home of the new wave of playwrights of the 1950s such as John Osborne and Harold Pinter. This led to other stage performances such as the musical Valmouth in 1959, the play A Time to Laugh (with Robert Morley and Ruth Gordon) in 1962, Boots With Strawberry Jam (with John Neville) in 1968, and eventually to her show-stopping Julie in Wendy Toye's production of Show Boat at the Adelphi Theatre in London in 1971.Dankworth died on 6 February 2010, hours before a planned concert at The Stables Theatre in Wavendon to celebrate the venue's 40th anniversary. He had been ill for several months following a concert tour in the United States. Despite her grief, Laine performed at the 40th anniversary concert, along with the John Dankworth Big Band and several members of her family - only announcing his death at the end. Laine's decision to perform featured on newspaper front pages all over the world, including a full photograph of her on the front page of The Times.A week after Dankworth's death, Laine stepped in for her late husband and appeared again in concert at Pinner in North West London. Laine has continued to perform and give interviews in the months following Dankworth's death. She appeared as a headline act at the Music in the Garden festival at Wavendon in June and July 2010.In March 2010, Laine and Dankworth's final musical collaboration was released on CD and for download - Jazz Matters. The recording featured the Dankworth Big Band playing new compositions written by Dankworth for the couple's performance at the 2007 Proms at the Royal Albert Hall. 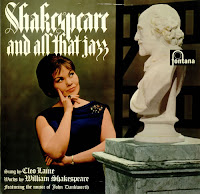 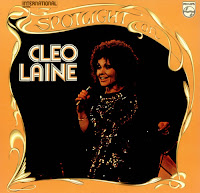