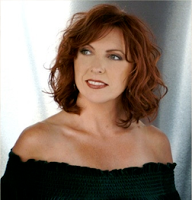 Born into a musical family, Bentyne started singing at age 13. At the encouragement of her mother she joined her father's Dixieland and swing band, performing weekends at the local Elks Lodge. She honed her stage skills and developed her jazz and swing-style singing. Following graduation from Mount Vernon High School, Bentyne enrolled at Skagit Valley College in Mount Vernon. After studying theatre and music there she moved south to Seattle. While in the Seattle area she joined the New Deal Rhythm Band as the only female and singer, playing in local clubs as well as in San Francisco and Lake Tahoe. After four years with the New Deal Rhythm Band, she set her eyes on a career in L.A.

Bentyne left Washington for Los Angeles, found a manager, and started playing local clubs. In 1978 she learned of an audition opportunity with The Manhattan Transfer, a group she had listened to and loved. The day after her audition, Bentyne was working at her daytime waitressing job when her manager phoned to inform her that she had passed the audition. Bentyne joined the group as the replacement for soprano Laurel Massé, who had been seriously injured in an automobile accident. Her professional recording debut was on the group's 1979 album, Extensions which won them their first Grammy for "Birdland", for "Best Jazz Fusion Performance". To date the group has won a total of 10 Grammys.

Bentyne later shared another Grammy with Bobby McFerrin for "Another Night in Tunisia” from the albumVocalese, and received her own Grammy Award as the composer/writer of "Sassy".

While still a member of The Manhattan Transfer, Bentyne first ventured out as a solo act with her appearance on bassist Rob Wasserman’s Duets album. The following year she recorded "Back in Business", with Lorraine Feather and fellow Transfer member Janis Siegel in 1990 on the Dick Tracy film soundtrack. One year later in 1991, Bentyne collaborated with trumpeter/composer Mark Isham in the soundtrack to the 1991 Alan Rudolph film, Mortal Thoughts. Then, in 1992, Bentyne released her debut solo album Something Cool.

Bentyne is still performing and recording with The Manhattan Transfer while maintaining her solo career. In 2000 she recorded and released an album from her musical revue based on the music and wit of Cole Porter, Dreaming of Mister Porter. Her 2004 Talk of the Town album featured pianist Kenny Barron, saxophonist David “Fathead” Newman, flugelhornist Chuck Mangione, percussionist Don Alias and drummer Lewis Nash. Bentyne's 2005 album, Let Me Off Uptown, is a tribute to Anita O’Day.

The Book of Love - Cheryl Bentyne 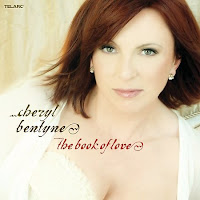