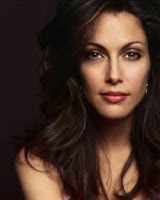 Ms. Kole has been hailed by critics as a “musical marvel!” (Rex Reed, New York Observer. ) In reviewing Kole’s performance in the New York Times, Stephen Holden wrote,”swinging…sultry…sexy with a sharp-edged hint of brass in her voice…Kole locates the desperation and impatience lurking in Cole Porter’s besotted lyrics.” And Robert Daniels from Daily Variety said “Kole is quite the prettiest young thrush on the club circuit…it’s torch singing at its apex.”

Ms. Kole began her professional career at the legendary Rainbow Room as the youngest singer ever to grace the stage. From there, she appeared in a sold-out run at the famed Oak Room at the Algonquin Hotel, made her concert hall debut at Lincoln Center as part of the “American Songbook Series” with Jonathan Schwartz, and in June of 2007, appeared at Carnegie Hall during a Tribute to Oscar Peterson, and in January, 2008, at the Canadian Tribute to Dr. Peterson at Roy Thompson Hall alongside Quincy Jones, Herbie Hancock, and Nancy Wilson. Hilary has appeared as a headliner in New York City at Town Hall (Nightlife Awards), Birdland, The Blue Note, Iridium, the Jazz Standard, and at Carnegie Hall with Michael Feinstein. Apart from appearing throughout the country with her two shows, “Our Sinatra” and “Singing Astaire,” Hilary is also a favorite at the Continental Airlines Arena, singing the National Anthem for sporting events,as well as been featured at the 92nd Street YMHA concert series “Lyrics and Lyricists” and “Jazz in July” with pianist Dick Hyman. In 2005, Hilary debuted in Perugia, Italy, at the famed Umbria Jazz Festival, as well as the Nairn Jazz Festival in Narin, Scotland, and throughout Spain.

"Ms. Kole's poised, sultry ballad-singing has always been easy on the ears. But her smooth melodic lines have never been so consistently infused with literary subtext, which spells the difference between sounded pretty, and having something to say." --Stephen Holden New York Times 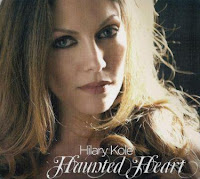 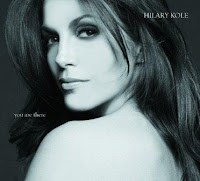