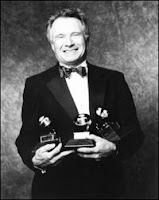 David Grusin was born in Littleton, Colorado, the son of Rosabelle (née De Poyster), a pianist, and Henri Grusin, a violinist who immigrated from Riga, Latvia.  Grusin has composed many scores for feature films and television, and has won numerous awards for his soundtrack and record work, including an Academy award and 12 Grammys. He has had a prolific recording career as an artist, arranger, producer and executive producer. Grusin's almost staggering output can be documented from the late 50s to the current recordings. All Music Guide includes a thorough list of his credits.

In the late 70s, he formed GRP records along with his partner, Larry Rosen, and began to create some of the first commercial digital recordings. The label was one of the first to promote CDs in the early 80s. GRP Records was sold to Universal Records in the middle 90s for a reported $40 million. Grusin was also at the forefront of soundtrack albums. He was the composer for the legendary Mike Nichols Oscar-winning film, “The Graduate”. The movie was one of the first times to integrate popular songs into a movie score. Grusin and Paul Simon placed his popular songs such as “Mrs. Robinson” into the score and soundtrack. From 2000 through 2011, Grusin has concentrated on composing classical and jazz compositions, touring, and recording with collaborators, among others, guitarist, Lee Ritenour. Together they have recorded several projects including the Grammy-winning Brazilian album, “Harlequin” in 1985. In recent years, they have released two classical crossover albums that were nominated for Grammys including, the Universal Decca recordings,'“Two Worlds” and "Amparo". Grusin is an avid fisherman and splits his time between his ranch in Montana and his house in Santa Fe, New Mexico.

An alumnus of the University of Colorado at Boulder, College of Music, he was awarded his bachelor's degree in 1956. One of his teachers there was Cecil Effinger. Grusin has a filmography of about 100 titles. His many awards include an Oscar for best original score for The Milagro Beanfield War, as well as Oscar nominations for The Champ, The Fabulous Baker Boys, The Firm, Havana, Heaven Can Wait, and On Golden Pond. He also received a best original song nomination for "It Might Be You" from the film Tootsie. Six of the fourteen cuts on the soundtrack from The Graduate are his. Other film scores he has composed include Where Were You When the Lights Went Out?, Three Days of the Condor, The Goonies, Tequila Sunrise, Hope Floats, Random Hearts, The Heart is a Lonely Hunter and The Firm.

About 35 Grusin CD titles are currently available including soundtracks, originals, collections, and homages to jazz greats George Gershwin, Duke Ellington, and Henry Mancini. Recently he has turned his attention to his own compositions. As in much of his career, these defy easy classification. They can be heard on CD's in collaboration with major artists including Lee Ritenour, James Taylor, and Renée Fleming. In addition to Grusin's jazz, film work and other collaborations, he has also lent his talents as a producer / arranger / musician to numerous albums by artists including Paul Simon, Sérgio Mendes, Quincy Jones, Al Jarreau, Patti Austin, Dave Valentin and Sadao Watanabe. Billy Joel has also on occasion tapped Grusin for horn and string arrangements - Grusin arranged the horns on "Half A Mile Away" for Joel's "52nd Street" album, and contributed horn and string arrangements to Joel's 1982 concept album "The Nylon Curtain."

Dave is married to Nan Newton. He is the father of music editor Stuart Grusin, music editor and musician Scott Grusin, and aerospace engineer Michael Grusin. He is the stepfather of artist Annie Vought, and elder brother of keyboardist Don Grusin and sister Dee Grusin. 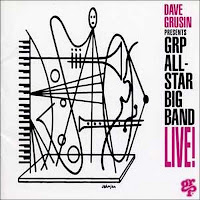