Ella Jane Fitzgerald (April 25, 1917 – June 15, 1996), also known as the "First Lady of Song" and "Lady Ella," was an American jazz and song vocalist. With a vocal range spanning three octaves (Db3 to Db6), she was noted for her purity of tone, impeccable diction, phrasing and intonation, and a "horn-like" improvisational ability, particularly in her scat singing.

She is considered to be a notable interpreter of the Great American Songbook. Over a recording career that lasted 59 years, she was the winner of 13 Grammy Awards and was awarded the National Medal of Arts by Ronald Reagan and the Presidential Medal of Freedom by George H. W. Bush.

In her youth Fitzgerald wanted to be a dancer, although she loved listening to jazz recordings by Louis Armstrong, Bing Crosby and The Boswell Sisters. She idolized the lead singer Connee Boswell, later saying, "My mother brought home one of her records, and I fell in love with it....I tried so hard to sound just like her."

In 1932, her mother died from a heart attack. Following this trauma, Fitzgerald's grades dropped dramatically and she frequently skipped school. Abused by her stepfather, she was first taken in by an aunt and at one point worked as a lookout at a bordello and also with a Mafia-affiliated numbers runner. When the authorities caught up with her, she was first placed in the Colored Orphan Asylum in Riverdale, the Bronx. However, when the orphanage proved too crowded she was moved to the New York Training School for Girls in Hudson, New York, a state reformatory. Eventually she escaped and for a time was homeless.

She made her singing debut at 17 on November 21, 1934 at the Apollo Theater. in Harlem, New York. She pulled in a weekly audience at the Apollo and won the opportunity to compete in one of the earliest of its famous "Amateur Nights". She had originally intended to go on stage and dance but, intimidated by the Edwards Sisters, a local dance duo, she opted to sing instead in the style of Connee Boswell. She sang Boswell's "Judy" and "The Object of My Affection," a song recorded by the Boswell Sisters, and won the first prize of US$25.00

Fitzgerald married at least twice, and there is evidence that she may have married a third time. In 1941 she married Benny Kornegay, a convicted drug dealer and local dockworker. The marriage was annulled after two years.

Her second marriage, in December 1947, was to the famous bass player Ray Brown, whom she had met while on tour with Dizzy Gillespie's band a year earlier. Together they adopted a child born to Fitzgerald's half-sister, Frances, whom they christened Ray Brown, Jr. With Fitzgerald and Brown often busy touring and recording, the child was largely raised by her aunt, Virginia. Fitzgerald and Brown divorced in 1953, bowing to the various career pressures both were experiencing at the time, though they would continue to perform together.

In July 1957, Reuters reported that Fitzgerald had secretly married Thor Einar Larsen, a young Norwegian, in Oslo. She had even gone as far as furnishing an apartment in Oslo, but the affair was quickly forgotten when Larsen was sentenced to five months hard labor in Sweden for stealing money from a young woman to whom he had previously been engaged.

Fitzgerald was also notoriously shy. Trumpet player Mario Bauza, who played behind Fitzgerald in her early years with Chick Webb, remembered that "she didn’t hang out much. When she got into the band, she was dedicated to her music….She was a lonely girl around New York, just kept herself to herself, for the gig." When, later in her career, the Society of Singers named an award after her, Fitzgerald explained, "I don't want to say the wrong thing, which I always do. I think I do better when I sing."

Already visually impaired by the effects of diabetes, Fitzgerald had both her legs amputated in 1993. In 1996 she died of the disease in Beverly Hills, California at the age of 79. She is buried in the Inglewood Park Cemetery in Inglewood. 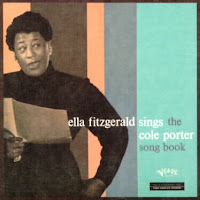 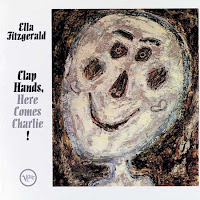 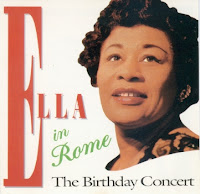 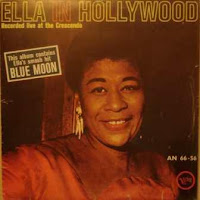 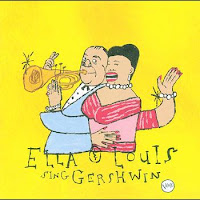