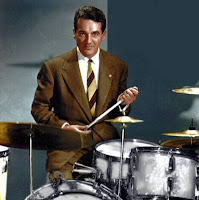 Eugene Bertram Krupa was born in Chicago, Illinois, the youngest of Anna (Oslowski) and Bartlomiej Krupa's nine children. Bartlomiej was an immigrant from Poland, and Anna was born in Shamokin, Northumberland County, Pennsylvania. His siblings were Clarence, Eleanor, Casimir, Leo, Peter and Julius.Krupa studied with Sanford A. Moeller and began playing professionally in the mid 1920s with bands in Wisconsin. He broke into the Chicago scene in 1927, when he was picked by MCA to become a member of "Thelma Terry and Her Playboys," the first notable American Jazz band (outside of all-girl bands) to be led by a female musician. The Playboys were the house band at The Golden Pumpkin nightclub in Chicago and also toured extensively throughout the eastern and central United States.Krupa made his first recordings in 1927, with a band under the leadership of banjoist Eddie Condon and Red McKenzie: along with other recordings beginning in 1924 by musicians known in the "Chicago" scene such as Bix Beiderbecke, these sides are examples of "Chicago Style" jazz. The numbers recorded at that session were: "China Boy", "Sugar", "Nobody's Sweetheart" and "Liza". The McKenzie - Condon sides are also notable for being some of the early examples of the use of a full drum kit on recordings. Eddie Condon describes what happened in the Okeh Records studio on that day (in 'We Called It Music' - pub: Peter Davis, 1948):Krupa's big influences during this time were Tubby Hall and Zutty Singleton. The drummer who probably had the greatest influence on Gene in this period was the great Baby Dodds. Dodds' use of press rolls was highly reflected in Gene's playing (drummerman.net)“ Mezzrow (Milton "Mezz" Mezzrow) was helping Krupa set up his drums. 'What are you going to do with those?' Rockwell (Okeh's 'A&R' man in the 1920s) asked. 'Play them,' Krupa said simply. Rockwell shook his head. 'You can't do that,' he said. 'You'll ruin our equipment. All we've ever used on records are snare drums and cymbals.' Krupa, who had been practicing every day at home, looked crushed. 'How about letting us try them?' I asked. 'The drums are the backbone of the band. They hold us up.' I could see that Rockwell was leery of the whole business; drums or no drums, I figured, we are probably going to get tossed out. 'Let the kids try it,' McKenzie said. 'If they go wrong I'll take the rap.' I didn't know until long afterwards that Red had guaranteed our pay for the job'... ”Quietly we waited for the playback. When it came, pounding out through the big speaker, we listened stiffly for a moment. We had never been an audience for ourselves...Rockwell came out of the control-room smiling. 'We'll have to get some more of this... (Rockwell nodded towards Krupa): didn't bother the equipment at all,' he said. 'I think we've got something,' 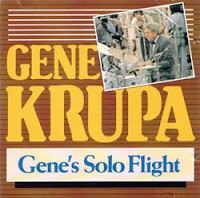