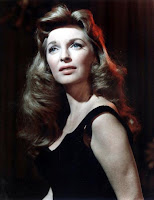 Julie London (September 26, 1926 – October 18, 2000) was an American singer and actress. She was best known for her smoky, sensual voice. London was at her singing career's peak in the 1950s. Her acting career lasted more than 35 years. It concluded with the female lead role of nurse Dixie McCall on the television series Emergency! (1972–1979), co-starring her best friend Robert Fuller and her real-life husband Bobby Troup.

Born Gayle Peck in Santa Rosa, California, she was the daughter of Jack and Josephine Peck, who were a vaudeville song-and-dance team. When she was 14, the family moved to Los Angeles. Shortly after that, she began appearing in movies. She graduated from the Hollywood Professional School in 1945.

In July 1947 she married actor Jack Webb (of Dragnet fame). Her widely regarded beauty and poise (she was a pinup girl prized by GIs during World War II) contrasted strongly with his pedestrian appearance and streetwise acting technique (much parodied by impersonators). This unlikely pairing arose from their mutual love for jazz. They had two daughters: Stacy and Lisa Webb. London and Webb divorced in November 1954. Daughter Stacy Webb was killed in a traffic accident in 1996.

In 1954, having become somewhat reclusive after her divorce from Webb, she met jazz composer and musician Bobby Troup at a club on La Brea Avenue in Los Angeles. They married on December 31, 1959, and remained married until his death in February 1999. They had one daughter, Kelly Troup, who died in March 2002, and twin sons, Jody and Reese Troup.


London suffered a stroke in 1995 and was in poor health until her death on October 18, 2000, in Encino, California, at age 74. Survived by three of her five children, London was interred next to Troup in Forest Lawn - Hollywood Hills Cemetery, Los Angeles. Her star on the Hollywood Walk of Fame is at 7000 Hollywood Boulevard in Los Angeles. 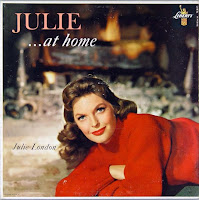 Julie London - The Best Of 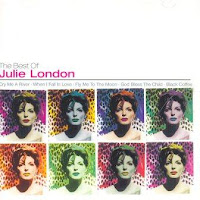