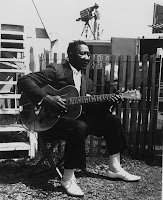 McKinley Morganfield (April 4, 1913[1] – April 30, 1983), known as Muddy Waters , was an American blues musician, generally considered the Father of modern Chicago blues. Blues musicians Big Bill Morganfield and Larry "Mud Morganfield" Williams are his sons. A major inspiration for the British blues explosion in the 1960s, Muddy was ranked #17 in Rolling Stone magazine's list of the 100 Greatest Artists of All Time.In 1940, Muddy moved to Chicago for the first time. He played with Silas Green a year later, and then returned to Mississippi. In the early part of the decade he ran a juke joint, complete with gambling, moonshine and a jukebox; he also performed music there himself. In the summer of 1941 Alan Lomax went to Stovall, Mississippi, on behalf of the Library of Congress to record various country blues musicians. "He brought his stuff down and recorded me right in my house," Muddy recalled in Rolling Stone, "and when he played back the first song I sounded just like anybody's records. Man, you don't know how I felt that Saturday afternoon when I heard that voice and it was my own voice. Later on he sent me two copies of the pressing and a check for twenty bucks, and I carried that record up to the corner and put it on the jukebox. Just played it and played it and said, 'I can do it, I can do it.'" Lomax came back in July 1942 to record Muddy again. Both sessions were eventually released as Down On Stovall's Plantation on the Testament label.In 1943, Muddy headed back to Chicago with the hope of becoming a full-time professional musician. He lived with a relative for a short period while driving a truck and working in a factory by day and performing at night. Big Bill Broonzy, one of the leading bluesmen in Chicago at the time, helped Muddy break into the very competitive market by allowing him to open for his shows in the rowdy clubs. In 1945, Muddy's uncle Joe Grant gave him his first electric guitar which enabled him to be heard above the noisy crowds.In 1946, he recorded some tunes for Mayo Williams at Columbia but they weren't released at the time. Later that year he began recording for Aristocrat Records, a newly-formed label run by two brothers, Leonard and Phil Chess. In 1947, he played guitar with Sunnyland Slim on piano on the cuts "Gypsy Woman" and "Little Anna Mae." These were also shelved, but in 1948 "I Can't Be Satisfied" and "I Feel Like Going Home" became big hits and his popularity in clubs began to take off. Soon after, Aristocrat changed their label name to Chess Records and Muddy's signature tune "Rollin' Stone" also became a smash hit.Muddy's long-time wife Geneva died of cancer on March 15, 1973. A devastated Muddy was taken to a doctor and told to quit smoking, which he did. Gaining custody of some of his "outside kids", he moved them into his home, eventually buying a new house in Westmont, Illinois. Another teenage daughter turned up while on tour in New Orleans; Big Bill Morganfield was introduced to his Dad after a gig in Florida. Florida was also where Muddy met his future wife, the 19-year-old Marva Jean Brooks whom he nicknamed "Sunshine".On April 30, 1983 Muddy Waters died in his sleep from heart failure, at his home in Westmont, Illinois. At his funeral at Restvale Cemetery in Alsip, Illinois, throngs of blues musicians and fans showed up to pay tribute to one of the true originals of the art form. 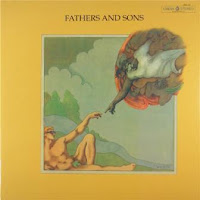