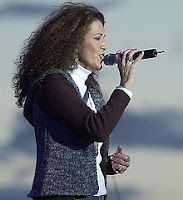 Rita Coolidge (born May 1, 1945) in Lafayette, Tennessee. She is of Scottish and is of Cherokee Native American ancestry. Coolidge is a multiple Grammy Award-winning American vocalist. During the 1970s and 1980s, she charted hits on Billboard's Pop, Country, Adult Contemporary and Jazz charts.She became known as "The Delta Lady" and inspired Leon Russell to write a song of the same name for her. It was during this time that she met Kris Kristofferson while filming Pat Garrett and Billy the Kid; the two married in 1973. With him, she recorded several duet albums which sold well, and earned them a Grammy Award for Best Country Performance by a Duo or Group with Vocal in 1974 for "From the Bottle to the Bottom", and in 1976 for "Lover Please". Willie Nelson references her in Devil in a Sleepin' Bag on Shotgun Willie, saying 'Just got back from New York City, Kris (Kristofferson) and Rita (Coolidge) done it all, she brought perfection there for all the world to see/ Lord, I heard an angel singing in that Philharmonic Hall/ Rita Coolidge, Rita Coolidge, cleft for me'.Coolidge was married to Kris Kristofferson from 1973–1980. They have one daughter, Casey. Coolidge previously had romantic liaisons with Stephen Stills and Graham Nash; her leaving Stills for Nash has been cited as a contributing factor behind the initial 1970 breakup of Crosby, Stills, Nash & Young.Coolidge now lives in Fallbrook, a small town in southern California. She is a member of Alpha Gamma Delta sorority.In 1997, Coolidge was one of the founding members of Walela, a Native American music trio, that also includes Coolidge's sister Priscilla and Priscilla's daughter Laura Satterfield. The trio released studio albums in 1997 (Walela) and 2000 (Unbearable Love), a live album and DVD (Live in Concert) in 2004 and a compilation album (The Best of Walela) in 2007. Walela means hummingbird in Cherokee.


The Lady's Not For Sale - Rita Coolidge 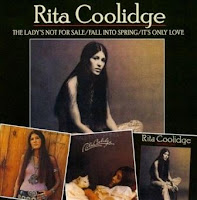