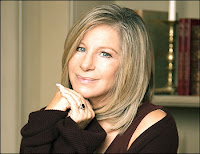 Barbra Joan Streisand (born April 24, 1942) is an American singer, actress, film producer and director. She has won two Academy Awards, eight Grammy Awards, four Emmy Awards, a Special Tony Award, an American Film Institute award, a Peabody Award,[4] and is one of the few entertainers who have won an Oscar, Emmy, Grammy, and Tony Award.

She is one of the most commercially and critically successful entertainers in modern entertainment history, with more than 71.5 million albums shipped in the United States and 140 million albums sold worldwide. She is the best-selling female artist on the Recording Industry Association of America's (RIAA) Top Selling Artists list, the only female recording artist in the top ten, and the only artist outside of the rock and roll genre. Along with Frank Sinatra, Cher, and Shirley Jones, she shares the distinction of being awarded an acting Oscar and also recording a number-one single on the U.S. Billboard Hot 100 chart.

Streisand has been married twice. Her first husband was actor Elliott Gould, to whom she was married from 1963 until 1971. They had one child, Jason Gould, who would go on to star as her on-screen son in The Prince of Tides. Her second husband is actor James Brolin, whom she married on July 1, 1998. While they have no children together, Brolin has two children from his first marriage, including Academy Award-nominated actor Josh Brolin, and one child from his second marriage. Both of her husbands starred in the 1970s conspiracy sci-fi thriller Capricorn One.

Streisand shares a birthday with Shirley MacLaine, and they celebrate together every year.

Streisand's works have been nominated for over 57 Grammy Awards; she won 15 of these, including two special awards. She has been inducted into the Grammy Hall of Fame three times. In 2011, she is honored as MusiCares Person of the Year by the Grammy Foundation. 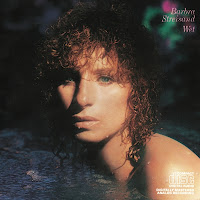 Wet is an album released by Barbra Streisand in 1979. The album is a concept album of sorts with all the songs referring to, or expressing different interpretations of, water. Wet is also the first and the last word sung on the album. The album was a major success for Barbra Streisand, due largely to the album's #1 hit single, "No More Tears (Enough Is Enough)", a duet with disco queen Donna Summer which underwent a retitling and change of emphasis in order to qualify under the water theme.The third track on the album, "Splish Splash," is Barbra Streisand's cover of the Bobby Darin classic, which featured background vocals by Toto lead singer Bobby Kimball.