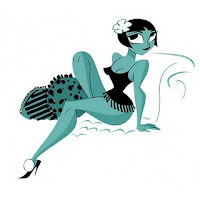 Betty Blake, another singer who, like Lynne and Black, started out with big bands. Betty Blake sang with Buddy Morrow from 1955 to 1957. But after leaving Morrow she seemed to drop below radar until 1961 when her Bethlehem LP ("Tender Mood") was released.
The album contained a large number of Alec Wilder songs. And one side of a 45 Blake made for the Golden Crest label, “The Lady Sings the Blues,” was also written by Wilder. Blake also appeared as a guest artist on a Golden Crest LP. But after her Bethlehem effort, nothing is known of any other professional activity until her death of cancer at age 63 on September 19, 2001.
Something of a mystery, for the Blake’s lone album is a good one and received some nice reviews. The musicians include Teddy Charles, Zoot Sims, Kenny Burrell and Mal Waldron. 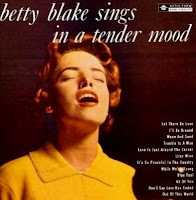