Zachary Breaux was born on June 26, 1960 in Port Arthur, Texas. He began playing at the age of 9 and after graduating from Lincoln High School, he studied music composition at University of North Texas College of Music where he had been a member of the One O'Clock Lab Band. In 1984, he moved to New York, where he spent 6 years in the band of vibist Roy Ayers. He was signed to Zebra Records in 1996, but died on February 20, 1997 at the age of 36 while on holiday in Miami Beach. He was trying to save the life of another swimmer, Eugenie Poleyeff (1930–1997), 66 of Brooklyn, N.Y., caught by a riptide. He is survived by: 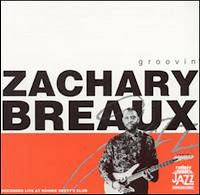 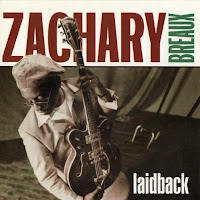 Listening to Zachary Breaux’s commercial work on Laidback, it’s clear that the guitarist was capable of a lot more. That said, this isn’t a bad album—it isn’t a masterpiece, but it’s enjoyable most of the time. Mindful of George Benson’s more commercial instrumental work, Breaux gets into a likable jazz/R&B/pop groove on such originals as “Small Town in Texas” and “West Side Worry.” Harmonica great Toots Thielemans has pleasant, if unremarkable, cameos on John Barry’s “Midnight Cowboy” and Breaux’s mellow title song, while singer Audrey Wheeler joins Breaux for a vocal duet on a cover of Little Anthony & the Imperials’ 1960s hit “Going Out of My Head.” Though Breaux wasn’t a bad singer, this track really belongs to Wheeler. Make no mistake: Laidback is a decent CD—although it’s a shame to hear Breaux simmering so much of the time when you know he was quite capable of burning. ~ Alex Henderson, All Music Guide
.
.
DOWNLOAD
.
.
.
Zachary Breaux - Uptown Groove 1997 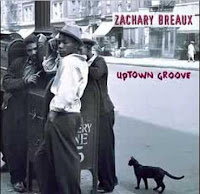 Guitarist Zachary Breaux, who tragically died just a few months after recording this CD (his debut), was a potentially great guitarist with a style coming from George Benson. In fact, his solos are generally more memorable than the purposely commercial material on this set, which largely consists of melodic, jazzy funk jams, usually with rather basic electronic rhythms. The cover versions of "All Blues" (which is given simplified harmonies) and "The Thrill Is Gone" (Breaux's one vocal) are lightweight throwaways, but most of the other selections show off the guitarist's obvious talents as a player; "After 2:00 AM on the East Coast" (a purely acoustic piece with a catchy melody) matches Breaux quite successfully with fellow guitarist Ted Dunbar. The final selection, ironically titled "I Love This Life," is quite odd, for it has Breaux interviewing Dunbar about his life over an overdubbed two-guitar quintet jam (which is sometimes too loud). Among the other guest musicians are flutist Hubert Laws, bassist Brian Bromberg and pianist Renee Rosnes. A diverse and sadly final statement from a fine player. ~ Scott Yanow, All Music Guide
.
.
DOWNLOAD
.
.
.
.
Posted by Dippydork at 03:45