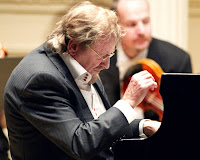 Adam Makowicz born Adam Matyszkowicz (August 18, 1940 in Hnojník, during World War II) is a Polish-Canadian pianist and composer living in Toronto. He performs jazz and classical piano pieces, as well as his own compositions. Besides playing solo, he has worked with such musicians as Michał Urbaniak, Tomasz Stanko and Leszek Możdżer, as well as with the National Symphony Orchestra of Washington DC, at the Kennedy Centre, at the Carnegie Hall, the Royal Philharmonic Orchestra, London, the Moscow Symphony Orchestra, and other major orchestras at concert halls in Americas and in Europe. His technical skills as jazz pianist have been compared to that of Art Tatum, Oscar Peterson, and Errol Garner among others. His specialty in classical piano since his studies in the 1950s has been the music of Chopin.

During the 2000s, he moved to Toronto, Canada, and continued his career as a concert pianist and recording artist. In the course of his career spanning 40-years, Makowicz performed with major symphony orchestras, such as the National Symphony Orchestra, at the Carnegie Hall, at the Kennedy Centre, and other major concert halls in Americas and in Europe. Eventually he recorded over 30 albums of jazz, popular, and classical music, with his own arrangements of pieces by Chopin, Gershwin, Berlin, Kern, Porter, Rogers, and other composers. Makowicz also wrote and recorded his own compositions for piano.

Makowicz has been building bridges between cultures by his numerous concerts persformance and recordings of cross-cultural and cross-style compositions. He performed and recorded music by Chopin and Gershwin with the Warsaw Philharmonic, Moscow Philharmonic Orchestra, National Symphony in Washington, London Royal Philharmonic Orchestra, and other internationally recognized companies. In 1999, in commemoration of 150th anniversary of Chopin's death, Adam Makowicz played his piano tribute to Chopin at the French Embassy in Washington. His interpretations of classical pieces by Chopin and Gershwin are marked by finesse, inventiveness, and extraordinary technical virtuosity.
Adam Makowicz - Unit  1973 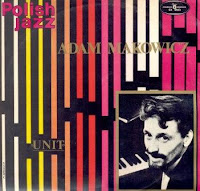