Active as a session musician since the late 1950s, he came to wider prominence in the early 1970s with a wildly theatrical stage show inspired by medicine shows, Mardi Gras costumes and voodoo ceremonies. Rebennack has recorded over 20 albums and in 1973 scored a top-20 hit with the jaunty funk-flavored "Right Place, Wrong Time," still perhaps his best-known song.

The winner of five Grammy awards, Rebennack was inducted to the Rock and Roll Hall of Fame by singer John Legend on Monday, March 14, 2011.

Born in New Orleans, Louisiana, his professional musical career began there in the 1950s. He originally concentrated on guitar and he gigged with local bands including Mac Rebennack and the Skyliners, (Paul Staele/Dennis "Bootsie" Cuquet, drums; Earl Stanley, bass; Charlie Miller, trumpet; Charlie Maduell, sax; Roland "Stone" LeBlanc, vocals), Frankie Ford and the Thunderbirds, and Jerry Byrne and the Loafers. He had a regional hit with a Bo Diddley-influenced instrumental called "Storm Warning" on Rex Records in 1959. During these days he was an A&R man producing, with Charlie Miller, monophonic singles on 45s for Johnny Vincent and Joe Corona for such local labels as ACE, RON, RIC and others. For these sessions he oversaw A&R and the rhythm section while Miller wrote the horn arrangements and headed up the horns. It was a productive team until Miller decided to move to New York and to study music formally.

Rebennack's career as a guitarist came to an end when his left ring finger was injured by a gunshot while he was defending singer/keyboardist Ronnie Barron, his bandmate, Jesuit High School classmate, and longtime friend. After the injury, Rebennack concentrated on bass guitar before making piano his main instrument; pianist Professor Longhair was an important influence on Rebennack's piano stylings.

He moved to Los Angeles in 1963 where he became a "first call" session musician on the booming Los Angeles studio scene in the 1960s and 1970s, providing backing for Sonny & Cher (and some of the incidental music for Cher's first film, Chastity), and for Canned Heat on their albums Living the Blues (1968) and Future Blues (1970), and many other acts.
In a Sentimental Mood - Dr. John 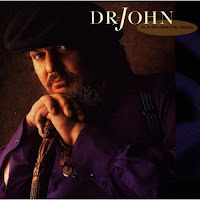 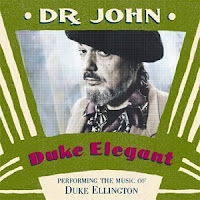